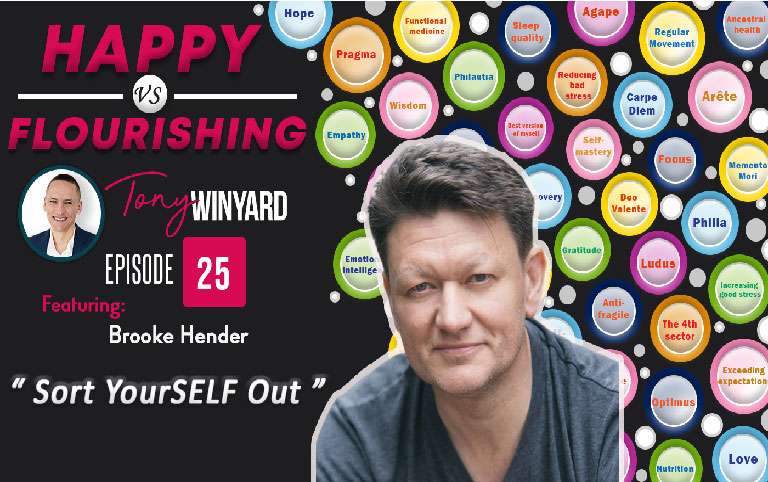 Happy Vs Flourishing episode 25, and the last episode is with Brooke Hender a cognitive hypnotherapist in West London who helps people get through issues with security, intimacy, happiness and other areas. Next week we start series 3 of the podcast and the name of the show changes to Habits & Health. 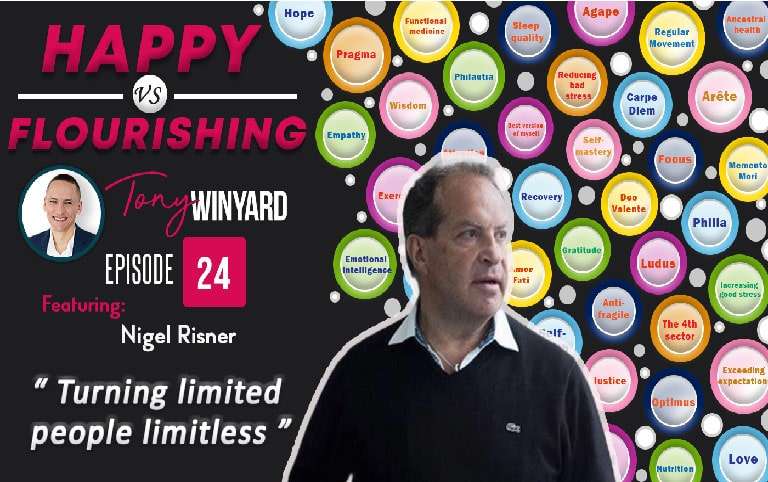 Happy Vs Flourishing episode 24 with Nigel Risner. It is easier to name the countries that Nigel hasn’t spoken in than the ones he has. He has a unique communication style that is sometimes described as marmite, which some people love and some are less than keen. 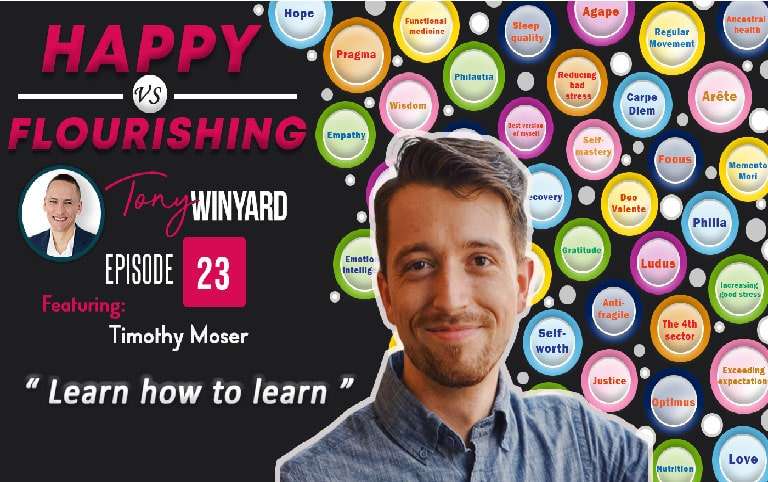 Happy Vs Flourishing episode 23 with Timothy Moser who talks about learning how to learn. He helps people improve their memory and also a unique way of learning Spanish that is far more effective than tools such as Duolingo. He has over 400 episodes of the podcast named Master of Memory and free material, including […] 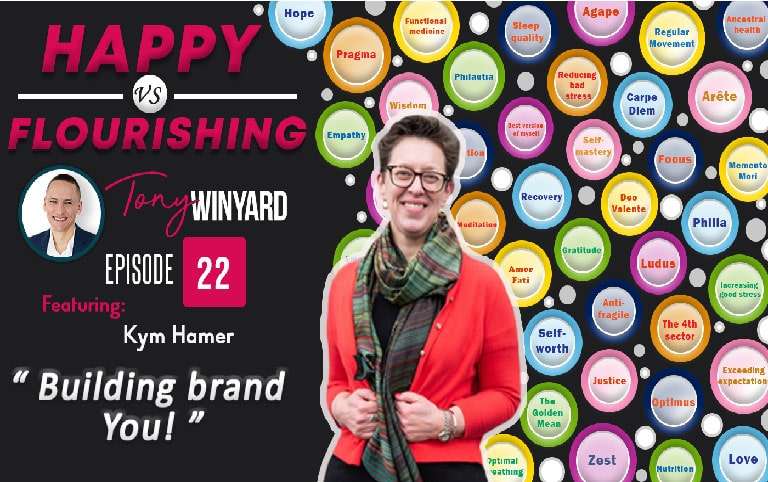 Happy Vs Flourishing episode 22 with Kym Hamer an expert in branding and marketing. Originally from Melbourne, Australia, Kym moved to London 18 years ago and her life and business have thrived ever-since. 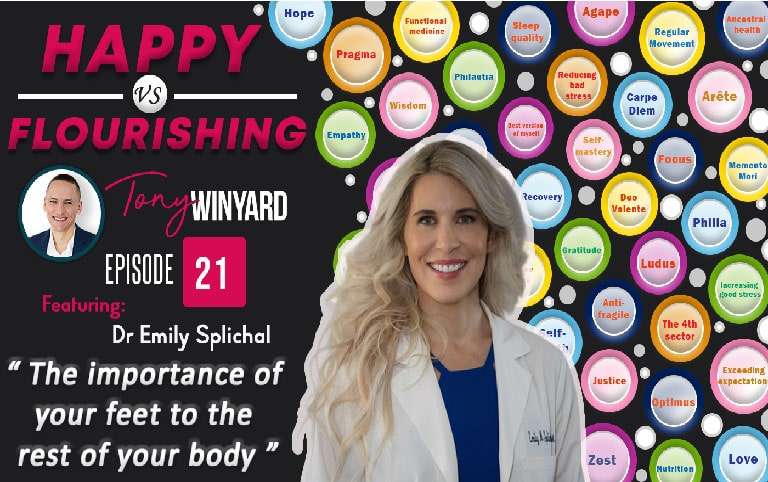 Happy Vs Flourishing episode 21 with Dr Emily Splichal who runs EBFA – The Evidenced Based Fitness Academy. In this weeks show we discuss barefoot running, footwear, walking, 10,000 steps, pace, injuries and a lot more. 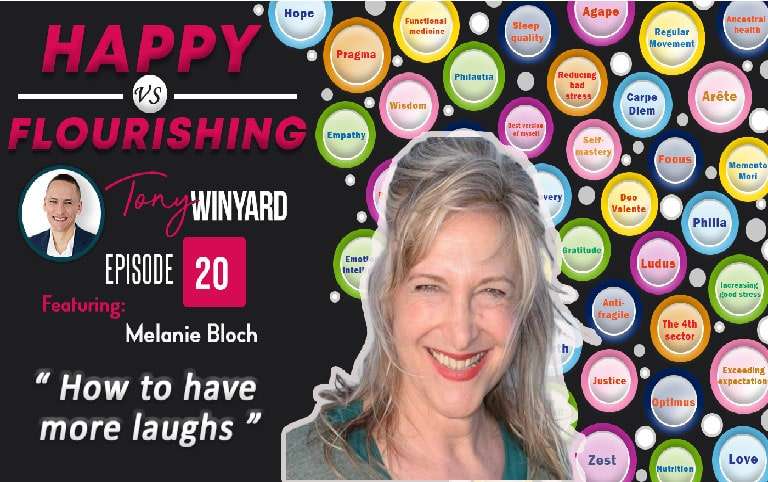 Happy Vs Flourishing episode 20 with Melanie Bloch is all about laughter. Melanie is an instructor in Laughter Yoga and if you’ve never heard of that before, you’ll learn much more in this episode. There is far more laughter involved in the sessions than yoga, and the body oozes with feel-good chemicals as a result […] 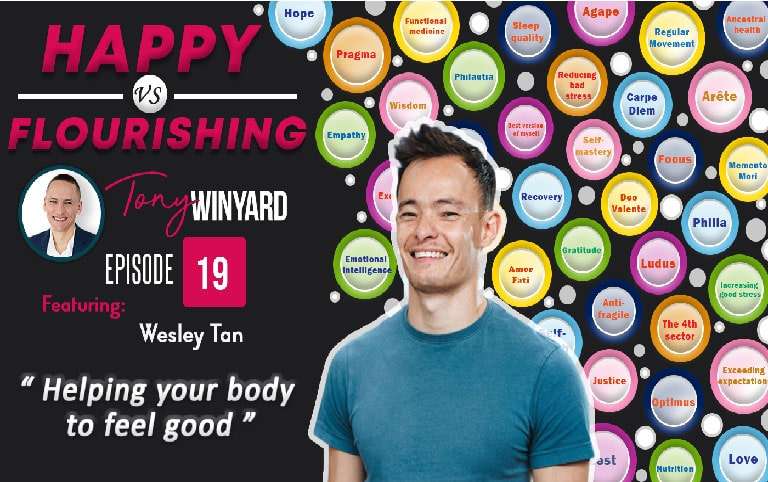 Happy Vs Flourishing episode 19 with Wesley Tan, who essentially helps people to be much kinder to their bodies so that their bodies works for them and not against. 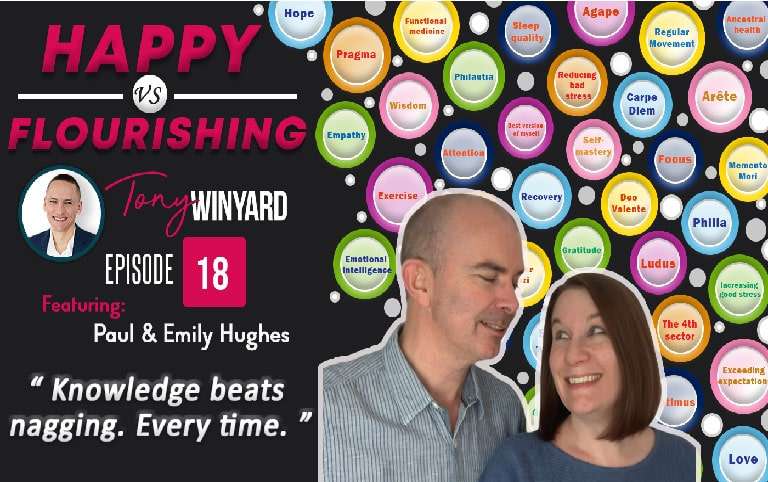 Happy Vs Flourishing episode18 with Paul & Emily Hughes who run a company named “Parents guide to GCSE” which arms parents of children taking their GCSE exams with the ammunition required to be able to assist their children in getting through this stressful time for both the child and the parents. 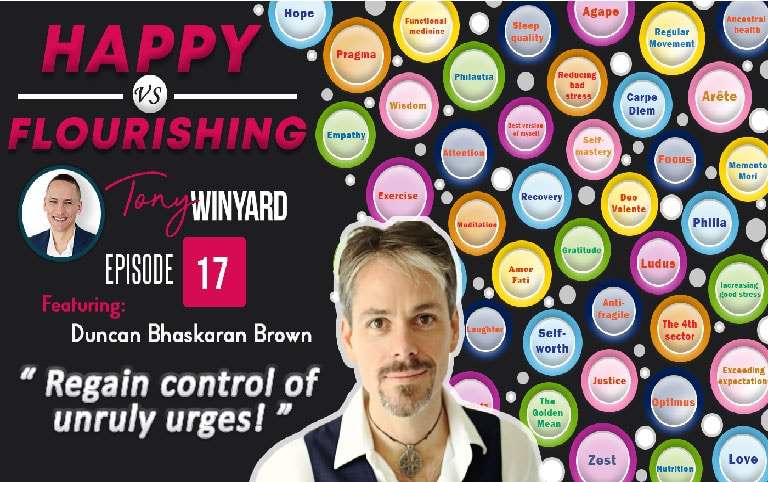 Happy Vs Flourishing episode 17 with Duncan Bhaskaran Brown. He is an award winning speaker, author and Morris dancer! He has helped hundreds of people across the world to get over indulgence, and wake up to a better future. We discuss attitudes toward addictions, food and many other topics in this episode. 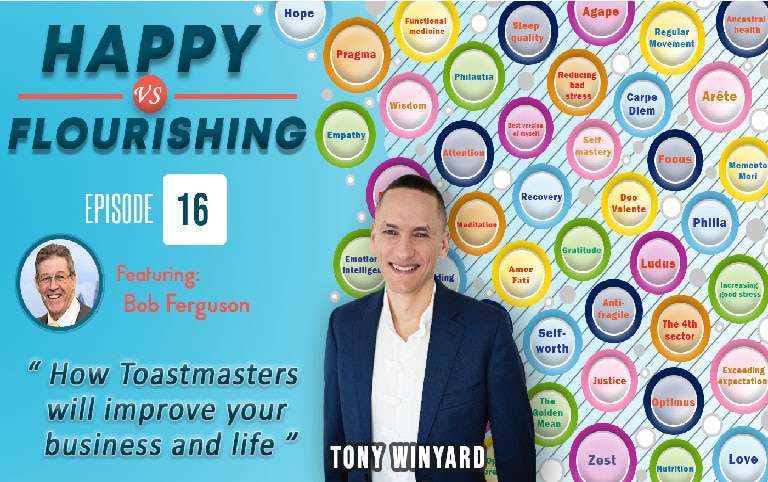 Happy Vs Flourishing episode 16 with Bob Ferguson and we explore the world of public speaking and communication, especially Toastmasters International. Bob has been a member of Toastmasters for over 25 years and has represented the UK twice in the Toastmasters world championship speaking contest. As a professional speaker e is also a member of […]