Forgiveness will set you free 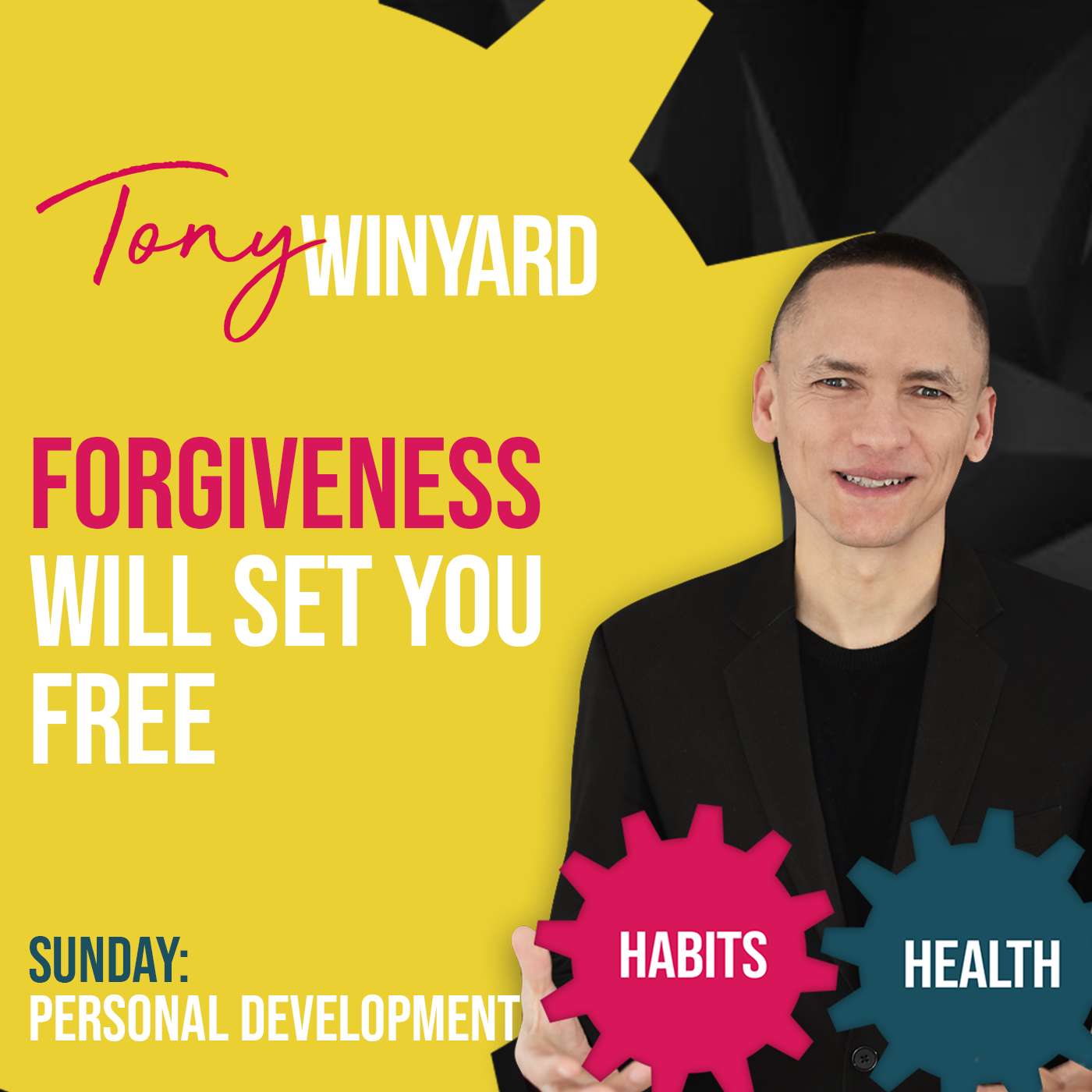 Sunday’s blogs are about personal development, about growth. One of the areas I’ve really been focusing on recently is character strengths.
Each week I’m focusing on one character strength and trying to improve my use of that that particular strength.
This is week six, and is about forgiveness. I’ve done this mind map.
Some of the core features of forgiveness.
The definition
It’s when others have wronged you, it’s about forgiving them and accepting other people’s shortcomings, and giving people a second chance, and not being vengeful.
The essence of it is when you’ve been hurt, when you feel wronged, it’s letting it go, not letting it eat you inside, which is what many people seem to do.
It correlates with five other character strengths, which are needed. They are Fairness, Leadership, Teamwork, Kindness and Love.
It comes under the virtue of temperance.
The golden mean; it’s in between you’ve got merciless on one extreme, and on the other extreme is permissive, being completely permissive.
It brings a lot of physical and psychological health benefits, emotional well-being, healthy lifestyle behaviour, social support, spiritual well-being.
I know for myself I got a lot out of this. I had a very unhealthy relationship some years ago, and it finished in a pretty bad way, and there was some bad stuff went on at the end of the relationship. Some really really bad stuff. And I let it make me angry for a while and then when I learned to to just let it go and to not play the victim for one thing, and also not to to worry about it. Not to to let it eat me up. It really freed me. It made such a difference. 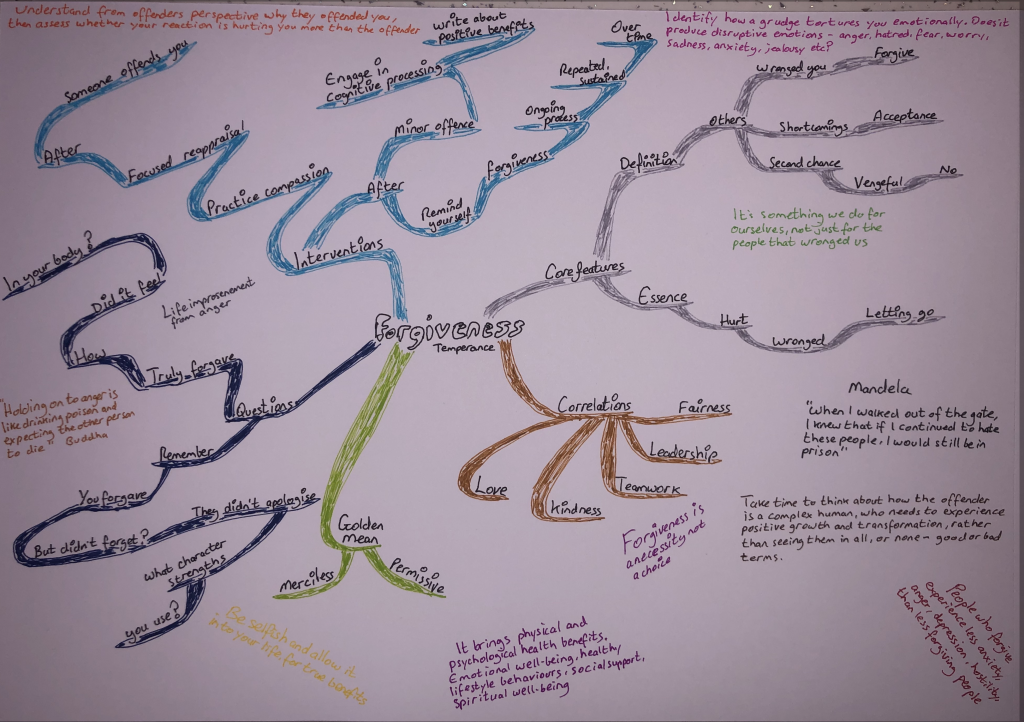 Nelson Mandela said that when he spent 27 years in prison, a lot of people were amazed at the amount of compassion and forgiveness he had for the people that jailed him. Both the prison warders and the people that put him in prison. His quotation was; "When I walked out of the gate, I knew that if I continued to hate these people, I would still be in prison".

Other aspects of forgiveness; some questions that you can pose to yourself to improve your use of forgiveness in your life.
Remember when you did forgive someone, but you didn’t necessarily forget what they did, but you did forgive them?
Or, maybe when someone didn’t apologise and wouldn’t apologise, but you made that first move, and you forgave them. Can you remember what character strengths did you use in order to do that? In order to make that first move and be a stronger person?
Other questions, if you ever have truly forgiven someone for something, how did it feel? Especially in your body? Can you remember how it made you feel? Some questions there to pose to yourself.
Interventions; if you practice compassion and have focused reappraisal after someone offends you, really assess the situation and the same thing after a minor offence, engage in cognitive processing, write about the benefits you feel that you received from that act of forgiveness.
Remind yourself as well it’s an ongoing process. It’s something that you have to keep repeating, it has to be sustained over a period of time, and it doesn’t necessarily come naturally for some people. Some people really have to work at it.
People who forgive experience less anxiety, anger, depression, hostility, certainly more than less forgiving people.
Time to take time, to think about how the offender is a complex human who needs to experience positive growth and transformation, rather than seeing them all in terms of good or bad, or all or none terms.
To finish; Forgiveness is a necessity, not a choice you make.

"Holding on to anger is like drinking poison and expecting the other person to die."