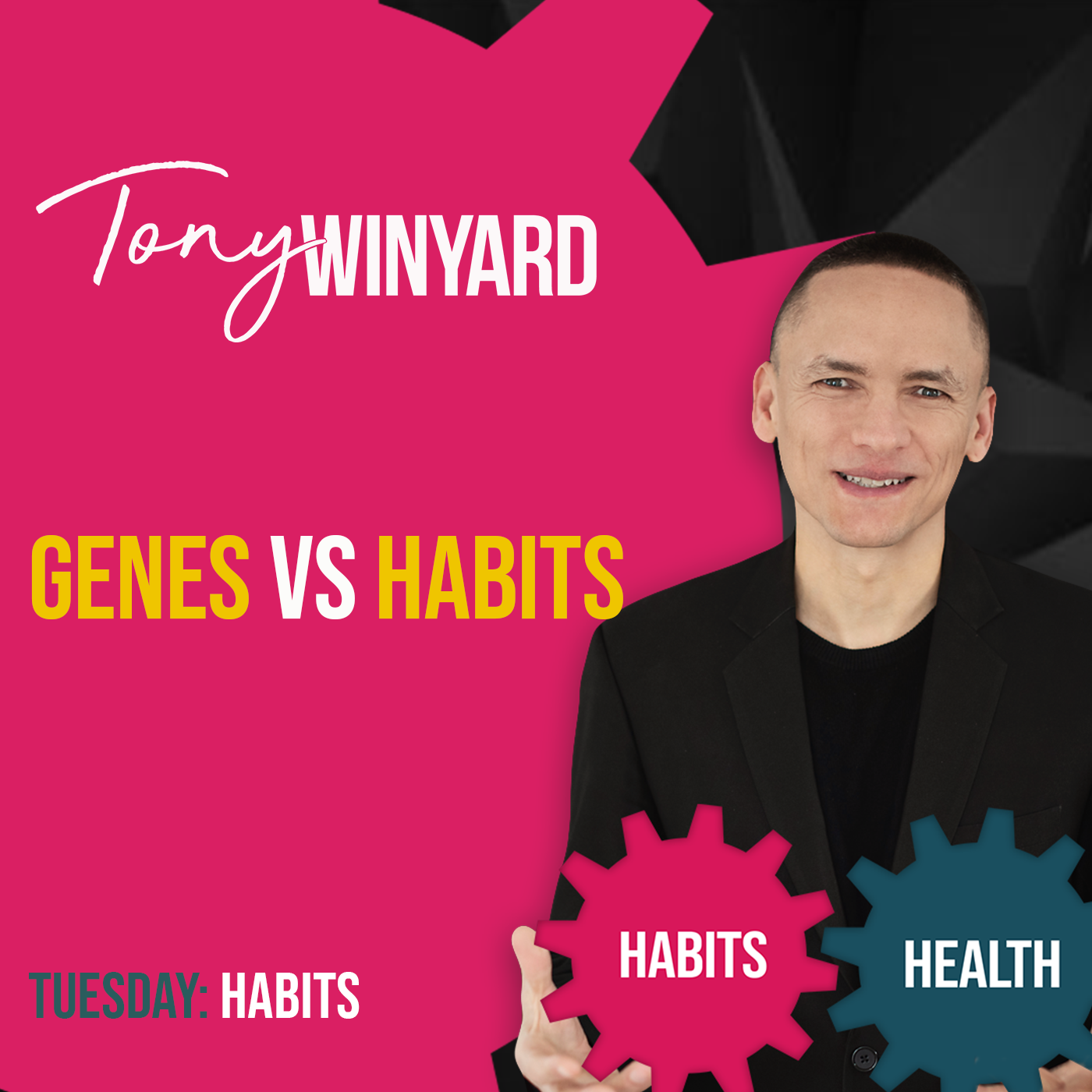 Which do you think plays a bigger factor in getting cancer? Your genes or your lifestyle?
Genes vs. habits. Which is more impactful?

I used to be convinced it was just a matter of time until I got cancer,
as so many of my family members have died from cancer.
That was until I learnt a lot more about it.

This study might surprise you
Children adopted at birth. So clearly they have no biological link with their parents,
so if their adopted parents got cancer the adopted kids shouldn’t be at any risk right?
Well, that’s not what studies show.
And to bring the point home the actual biological parents of kids in this situation that have got cancer;
has made no difference to whether the kids were more likely to also get it.

But when the kids’ ADOPTIVE parents got cancer before 50, the kids’ cancer mortality risk increased by FIVE times.

The adoptive parents didn’t pass on genes, but they passed on HABITS,
which play a much bigger role.

When some people are diagnosed with cancer, depression, diabetes and many other chronic conditions,
they assume they were simply unlucky in the genetic lottery.
and further assume there’s nothing that can be done, that’s just the way things go sometimes.

But what counts is whether the genes are expressed.
Even if you have a higher genetic predisposition for something like cancer,
that does not mean that you are certain to get it, especially with cancer.
If your habits are aligned with the things that make it more likely to express that higher predisposition.

There are many factors that increase one’s chances of getting cancer.
1. Living a life exposed to high amounts of stress over a prolonged period.
2. Eating large amounts of processed food.
3. A sedentary lifestyle
4. Large amounts of inflammation within the body

and many other factors as well.

Nobel-prize winner Elizabeth Blackburn in her book The Telomere Effect said:
“Genes load the gun, but the environment pulls the trigger.”

We can change how those genes are expressed.
Our genes, they’re regulated by things in our control,
our diet, nutrients, phytonutrients,  toxins, stress, infections, and other sources of inflammation.
This is all excellent fertilizer for soil in the garden of our body.

Genes are blueprints. Epigenetics means the environment.
We can alter the environment, and we can change our perception,
meaning then the genes are under our control.
We’re not under the control of genes, we control them.
Genes control less than 1% of disease.
There are very few diseases that are caused because of one gene.
99% of disease didn’t come from the genes, it came from lifestyle and environment.
And that’s where epigenetics is the controlling factor.

By being in control of your habits you have a far higher chance of positively expressing your genes.
And your lifestyle and your habits go hand in hand.