Here’s how to let the things that annoy you reduce your stress! 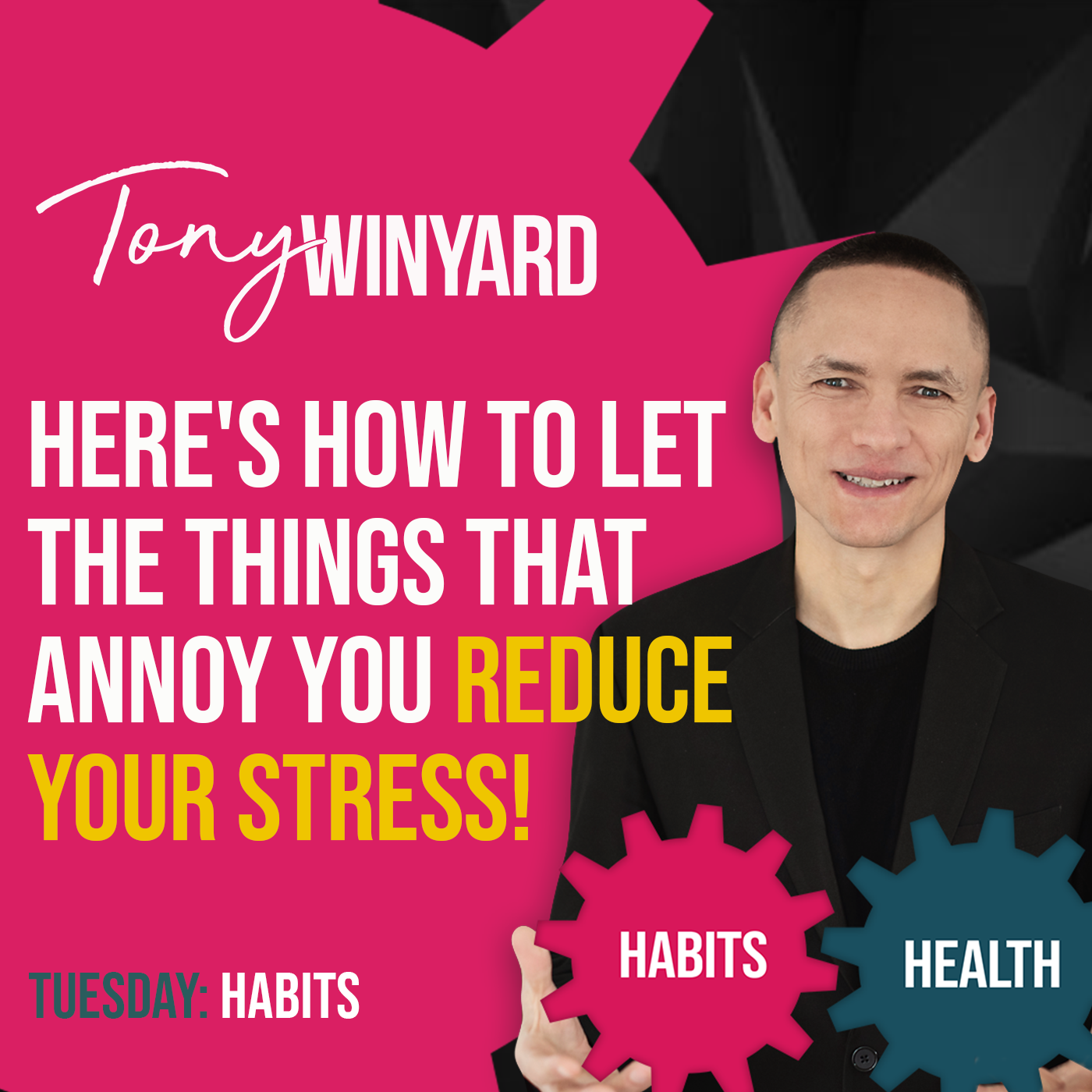 Your back aches, your coffee’s luke warm, or you fall behind schedule.

Are these things that you let annoy you?

Just. Stop. Thinking. About. It.
Certain pain, like an aching back, feels impossible to ignore. But agonising over what hurts won’t help you to feel any better.

Instead, you’re just suffering twice (once in your head, once in your back) – you’re in fact doubling your own pain!

“You have the choice to think about something else,” which is a somewhat shockingly simple truth. Just. Stop.

For example you could think of a favourite song – or even better play it, sing or hum it in your head.

The philosopher Nietzsche created a phrase known as ‘amor fati’ –
Love your fate, or at least accept that bad things are inevitable – certainly as long as you keep perceiving them as bad.

This isn’t an easy step, well it is, but it won’t be for most people at first.

And for some could take months, even years to learn, and many will never learn it.
Yet, some will get it straight away and be able to apply it.

Well one thing is that the message can work for some but not for others, but go deeper.

Even if it only worked for 1 person on the entire planet, it would mean that there was something about the way that guy, or girl,
chose to interpret the message, chose to perceive it, chose to act on it, that made it work for them.

And those that it didn’t work for- exactly the same conclusions!

It means that there was something about the way that those people,
chose to interpret the message, chose to perceive it, chose to act on it that made it NOT work for them.

Or more likely, made them never even give it a chance to work for them.
As many will have likely immediately decided upon hearing it, that it wouldn’t work for them.

So is this blog on habits or mindset?
This is Tuesday, and Tuesdays blogs are on habits,
but if you can develop the habit of looking at things and messages you receive, from different perspectives,
to reframe what you hear,
and rather than come from a negative perspective of “it will never work for me”.
Look at how with some tweaks, you COULD make it work for you.

When you use the art of reframing things more often,
and CHOOSE… to look at things from different perspectives,
you’ll get less annoyed by things.

And when you get annoyed less frequently,
you’ll have less stress in your life.
And will see more joy.

The choice is yours, even though for some of you,
you’ll never believe that, and if you allow yourself to get in your own way, it will be difficult to ever see it.

The choice is yours – I hope you choose well.