Quitters never win and winners never quit… or do they? 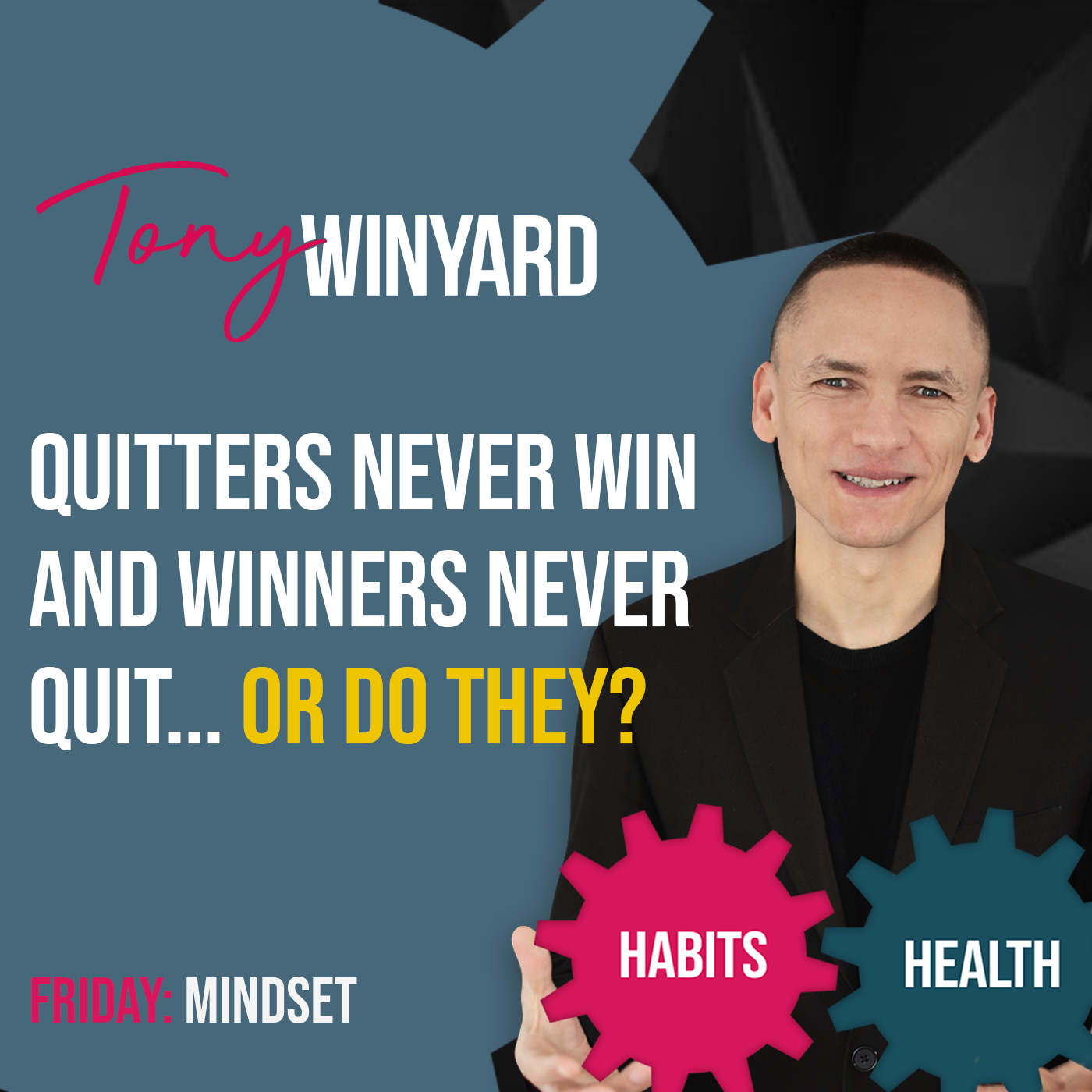 Quitters never win and winners never quit!
That’s what the motivational speakers, numerous books and inspirational quotes tell us,
and in some ways, it is true,
but is it always true?

Sometimes you do need to know when to quit.
Have you heard of the ‘Sunk cost fallacy’?

If you’ve ploughed lots of money and time into something, sometimes you DO need to quit.
There are times when it is very sensible to quit.
Sometimes people continue trying to persevere, because they felt they shouldn’t quit,
because of all the experts spouting on about winners never quitting.
When they should’ve quit a long time ago, which would’ve been far better for their mental health, their business or relationship.

Maybe the problem once again here is the use of the imperative, “never”.

For a year or so, I have been attempting to reduce my use of some imperatives, especially never, always and should.
However, I don’t always do this, and so I can’t say I’ve never forgot, buy maybe I should!?

An example of where people might have been wiser to quit… I almost said they should have quit!

I’ve invested 2 years of my life in this person.
Those years in economic terms are a sunk cost.
That time has already passed and shouldn’t influence today’s decisions, and this time the use of should, is very appropriate.

The human mind makes us attached to any person, place or situation that we’ve put a lot of effort in to.
We don’t like the thought of lost or wasted effort.
It’s a healthy survival mechanism, up to the point at which it becomes a burden.

When you say things like,
“We’ve been together 15 years, we can’t just throw that all away”,
Or, “I’ve spent thousands on that car, it owes me”.

Does that really make any sense?
I’m not saying you should walk away from a relationship as soon as things get bad,
but if you’ve tried to patch it up,
and it’s clear, it’s beyond repair,
and especially if it’s causing despair, depression or stress,
then often times, it is better for both people to separate, certainly better for the long-term,
even if it might be really painful in the short-term.

Carrying on in a lost relationship denies opportunities of healthier ones.

This is a cousin to ‘The gamblers fallacy’, which compels people to throw good money after bad,
in the hope that their luck will change!
Las Vegas was built on that fallacy, and casino owners love people who think that way!

So while it is good to show fortitude and not give up at the first sign of things getting difficult, in many situations.
That isn’t ALWAYS the case.
It’s more important to know when it is a good idea to quit, rather than sinking more and more money, time or emotions into a lost cause.