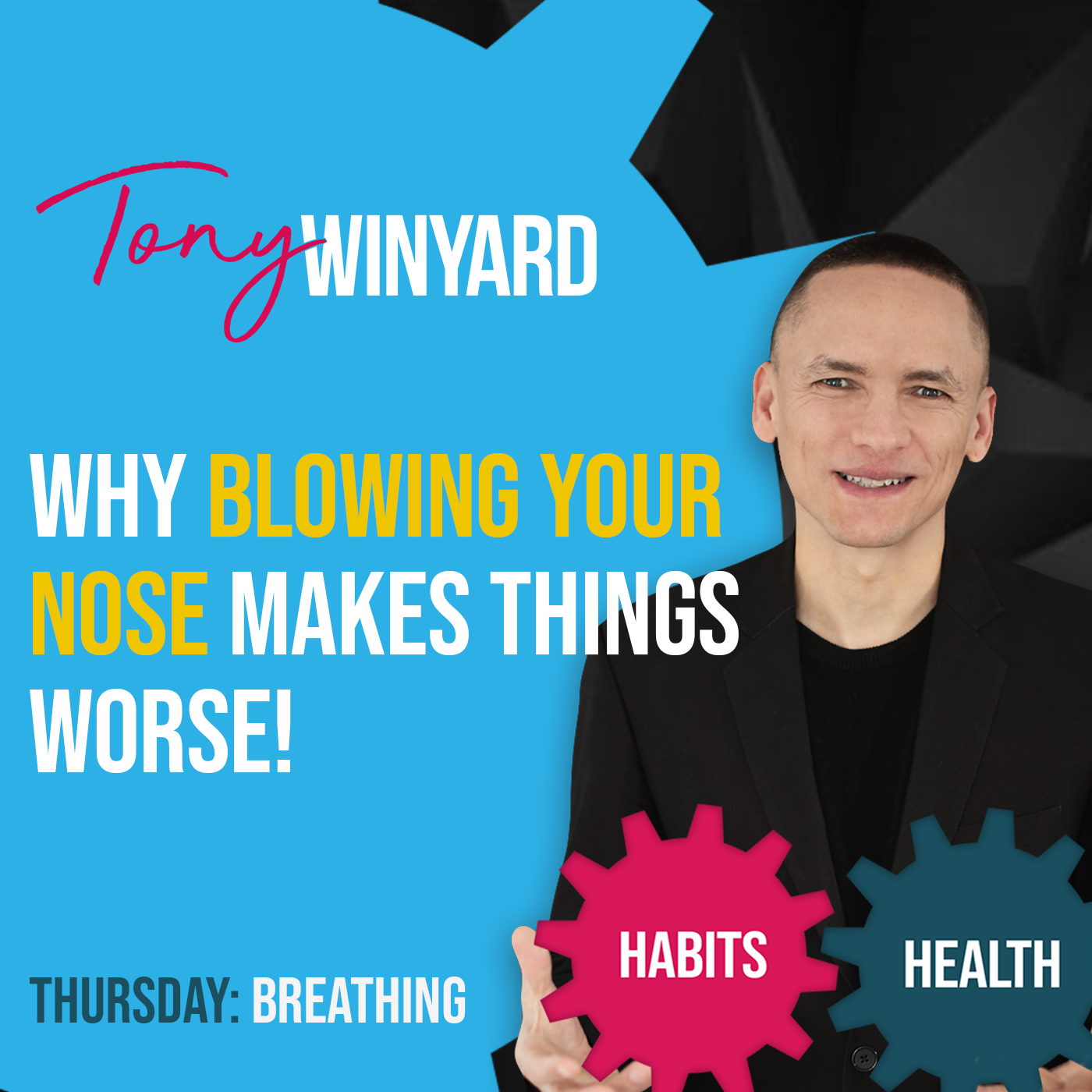 What’s the worst thing you can do when your nose is constantly running and you’re getting really fed up of repeatedly blowing your nose?

The answer is… to keep blowing your nose!

For most of my life I’ve had nasal issues and there was a many a time when I could go through a giant box of tissues in a couple of hours,
and my nose would be red raw.
The reason we do that is that we want to get rid of the seemingly endless excess mucus,
in the hope we can clear our sinuses, but how often does that work?
I can’t speak for you, but for me, that NEVER worked!
No matter how often or how hard I blew my nose, it just kept coming.
A few years ago I read a book called The Oxygen Advantage by Patrick McKeown,
and to my amazement, by following the exercises in there I stopped getting asthma attacks
and no longer had to use my asthma medication. 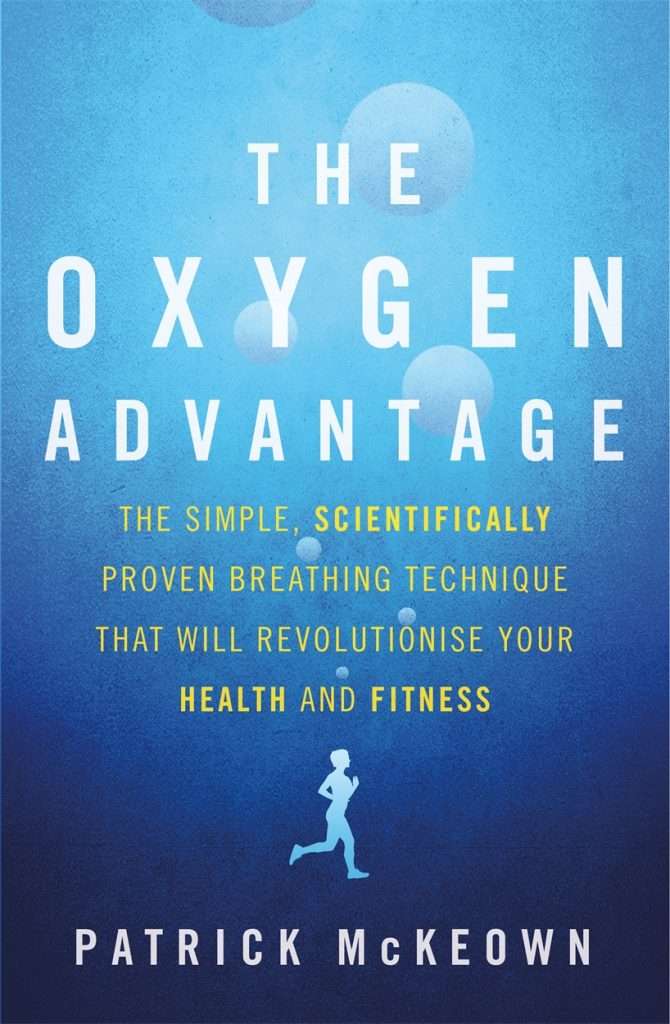 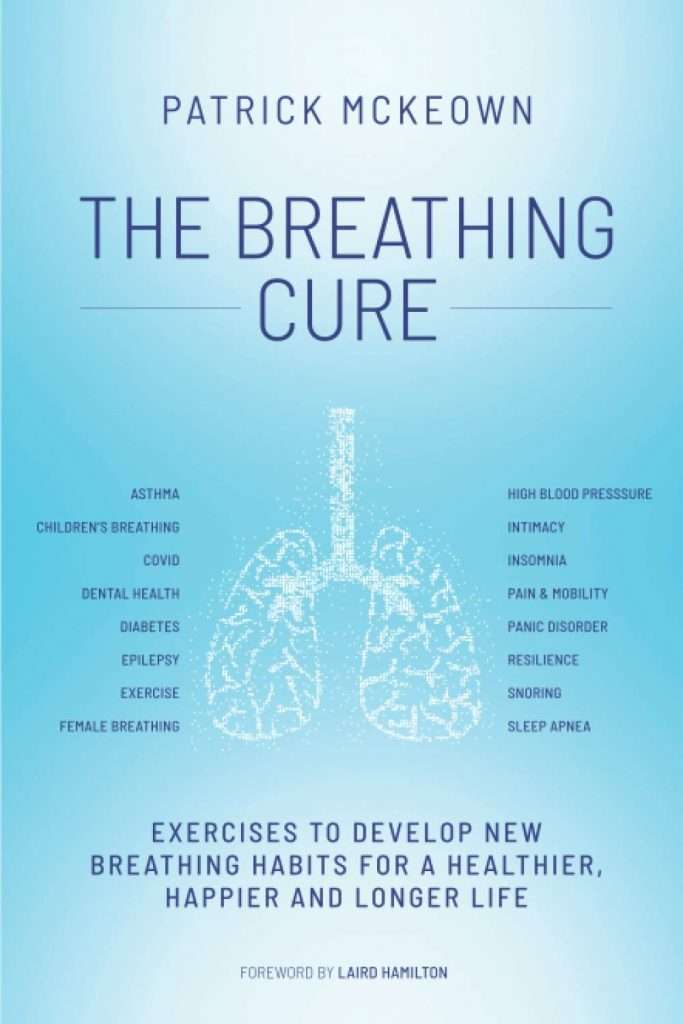 This made me really curious to know more, as I’d been using asthma inhalers since I was a kid.
I did a workshop with Patrick McKeown in London 4 years ago.
Then 2 years ago I took a course to become an instructor in the method,
which enabled me to really dig down in to the science of the respiratory system, which fascinated me.

Earlier this Patrick released his latest book; The Breathing Cure.
In it he talks about the issue I mentioned above.
He states that constantly blowing your nose aggravates the problem.
It inflames the airways and actually INCREASES the production of mucus!!!
Which makes the congestion worse!
So you end up in a perpetual and distressing cycle of excess mucus and nose-blowing.
Instead, he suggests, you try a completely unique approach.
If you do feel you have to blow your nose, do so very lightly.
The worst thing you can do is to blow it forcefully.

If it keeps running, then you could try the nose unblocking exercise.

Once you repeat a few times, not only will it unblock your nose,
but you’ll likely find that it will reduce the amount of mucus as well.

One other practice that is extremely helpful is to focus on your breathing for around 5 to 10 minutes.
With each inhale through the nose, try to take just a sip of air, then pause for a couple of seconds.
Then exhale slowly through the nose for around 4 or 5 seconds.
Pause again for a couple of seconds before taking another sip of air as you inhale through your nose and keep repeating that cycle.
If at any point it feels uncomfortable, then breathe normally for about 15 seconds, before repeating it.

When I say take a sip, that means breathing in as slowly and lightly as possible.
So that you’re taking in a tiny amount through your nose,
a much smaller amount than you usually breathe in.
if you keep doing that for 10 minutes, a few things will happen.
You’ll reduce your heartbeat.
You’ll feel very relaxed.
Your mucus will reduce.

Now, unfortunately I can’t guarantee this will work for everyone.
However, it will work for most people.
But it won’t cost you a penny, and once you perfect it,
and if you keep practicing this regularly.
Ideally, once or twice a day. Over time, your sinus issues will reduce significantly.

If you would like help with issues around asthma, hay fever, blocked nose etc,
Book a free intro call.
You’ll find a link below.

Thursday: Breathing
How quickly do you get out of breath when doing exercising or even when doing simple functional movement? It is one of THE biggest indicators of poor health. The more you get out of breath, the harder your heart is having to work and the faster your energy will deplete. If this is happening daily it will have an enormous negative impact on your health.
Upcoming events:
Free nutrition webinar at www.tonywinyard.com/webinar